Home > Cases > Culture for breakfast 2.0: How is the Harderwijk City Museum doing after the lockdown?

At the end of April 2020, during the first lockdown, I was invited to City museum Harderwijk to visit. I had the pleasure of interviewing Corien van der Meulen, director of Stadsmuseum Harderwijk and the Marius van Dokkum museum and Sophie van Steenderen, the curator, about the impact of the lockdown. We are now two years later and I traveled again to Harderwijk where I was warmly welcomed by Corien and Sophie in a completely renovated and interactive museum.

How have you experienced the past two years?

“With mixed feelings” says Corien: “The City Museum would in any case close in the autumn of 2020 due to the large-scale refurbishment of the permanent presentation of the city's history and renovation of the building. That was planned and budgeted, so we were lucky in that sense in terms of timing. But of course the lockdown also affected us. A beautiful summer exhibition was ready, which certainly deserved more attention and public. The world suddenly stopped. But with the focus on the refurbishment and renovation, we have been very busy and have been able to continue working. If you look at parties that want to renovate now, they have a much harder time. Due to material scarcity, for example. We had already ordered everything.”

With the focus on the refurbishment and renovation, we have been very busy.

“At the same time, we were looking forward to a grand opening in June 2021,” Sophie adds. “Because of the lockdown, it couldn't go on. You are proud of the result, you want to celebrate and share that with residents, visitors, colleagues and all parties involved. So that was a downer. But when we were allowed to open again, although still with restrictions, we started full of energy with an exhibition of Natasha Bennink† Commissioned by the City Museum, she made twelve bronze statues for the historic city center, which mark the history of Harderwijk and connect that city with the museum and vice versa.

And although we were not able to receive large groups of people at the same time during that period, Corien and I did show a lot of people around, on a smaller scale. It was more intimate and so we immediately received positive reactions and experiences from our visitors. We could really taste the enthusiasm. That personal attention was experienced as very pleasant. Perhaps this ultimately did more for the museum than a big party with bells and whistles.

Incidentally, we still celebrated last April, during Museum Week. We really did this together with the city: this whole week residents of Harderwijk and Hierden had free entrance to the City Museum. That was a bull's eye!” 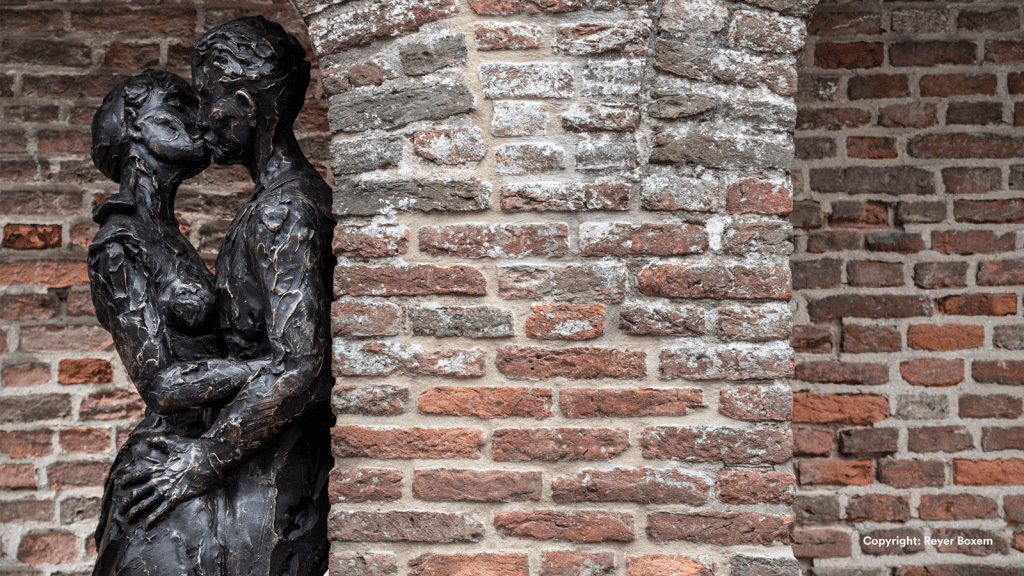 The museum association as a catalyst for the province

“What we noticed when we were allowed to open, but under restrictions, was that there was much more attention for local museum visits. Traveling was discouraged and people started exploring their own neighbourhood. Now that it seems that everything is possible again, we see that the same people are more inclined to first go to the major exhibitions in the Randstad.”

There is a great opportunity for the Museum Association to continue to stimulate the local offer.

“Which is also logical,” Corien continues: “But I think there is a great opportunity for the Museum Association to continue to stimulate that local offer. I also wrote an open letter about this, which was published in Trouw, and I will continue to push myself and challenge people to visit the province. It would be so nice if the Museum Association could send more to the region with such an address file, for example by being able to write to members once by postal code with a targeted e-mail. That should be possible today and give an enormous impulse.”

Harderwijk Hanseatic city with enough tourism, will you benefit from that?

“Tourism is starting to get going again, we have every confidence in that. And with the recent chaos at Schiphol, people may reconsider their holiday and stay in the Netherlands. It Marius van Dokkum museum is the only registered museum in the Netherlands of a living artist. This attracts visitors all year round. Even from Taiwan. There is so much potential for the City Museum in Harderwijk itself. A lot of public comes without a Museum card that may be visiting a museum for the first time. People stroll through the city and our open doors invite you to the free permanent exhibition on the ground floor to visit. We like that low threshold. You can experience a complete day out in Harderwijk. And together with fellow entrepreneurs in Harderwijk, we try to utilize the city's potential.”

“We want to be at the heart of society with our museum,” says Sophie. “And that's starting to resonate now. For example, we were asked to speak at a symposium of Tilburg University. The theme The radar for the city feeling. They had come to our museum because we are a museum for-with-and in the city. That is of course fantastic. Now other museums are also asking how we are going about this.” “And we have registered for the museum prize with the theme Dear Neighbor,” says Corien. “I think we have a good chance because the City Museum is strongly rooted in the city and connected to the city. We work together with cultural partners. Are a good neighbor for catering and shops. And think along about bringing the city's history, heritage and art to life. Together we provide a surprising city to discover and enjoy, with the City Museum Harderwijk as the cultural heart.” 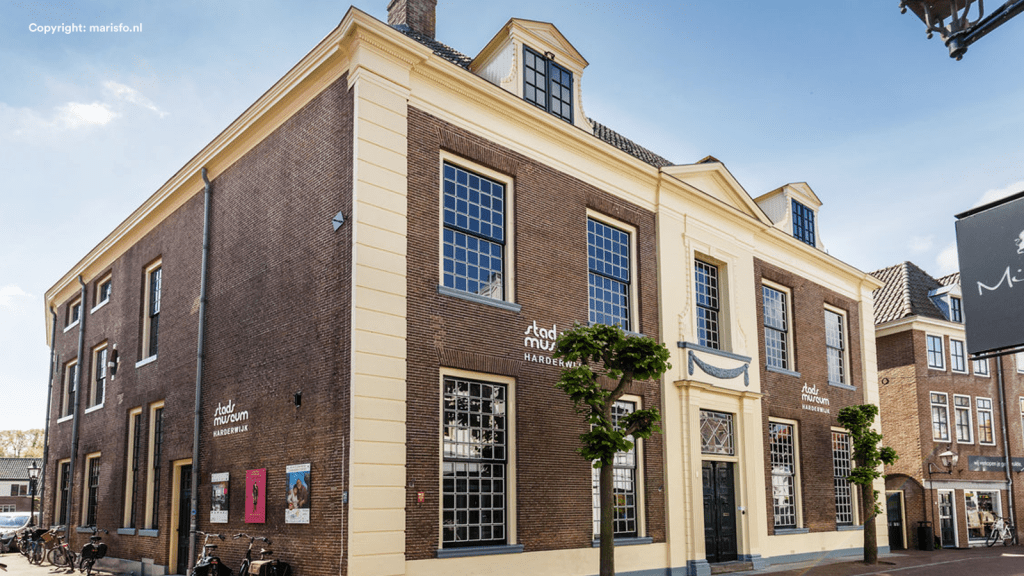 That sounds like you guys are really being carried. But what is your biggest dilemma now?

“We don't really feel a dilemma,” Sophie says. “On the one hand, we want to get more publicity and visitors, but at the same time we have now also said in our mission that the focus is on Harderwijk. That you really feel that the City Museum and Harderwijk are inextricably linked. Because you go to the Grote Kerk, walk along the boulevard, view the bronze statues in the city and visit a special exhibition.”

People are often overwhelmed by the quality, the loans that hang there and how it is all presented

Corien adds: “If people see the exhibition about Herman Meurs When they look at them, they are often overwhelmed by the quality, the loans that hang there, and how it is all presented. They pass that on. We do not stare blindly at the culture page in the national newspapers. Of course it's nice when the newspapers write about you, but the 'proof of the pudding is in it's eating'. So we rely on our visitors: They've been, are excited and are spreading the word. We want to focus on that.”

And who are they, those enthusiastic people? Who exactly is your target audience?

“In a nutshell, this is the inhabitant of Harderwijk, the tourist and the art lover. But to really gain insight into who our visitors are and where they come from, we will be investing in research over the next four years. And then we go further than having visitors complete an online survey or analyzing visitor numbers. We focus on qualitative research. Talking to people, going in-depth and really understanding why or what someone has come for. With these results we can fine-tune and further develop our services and programming. 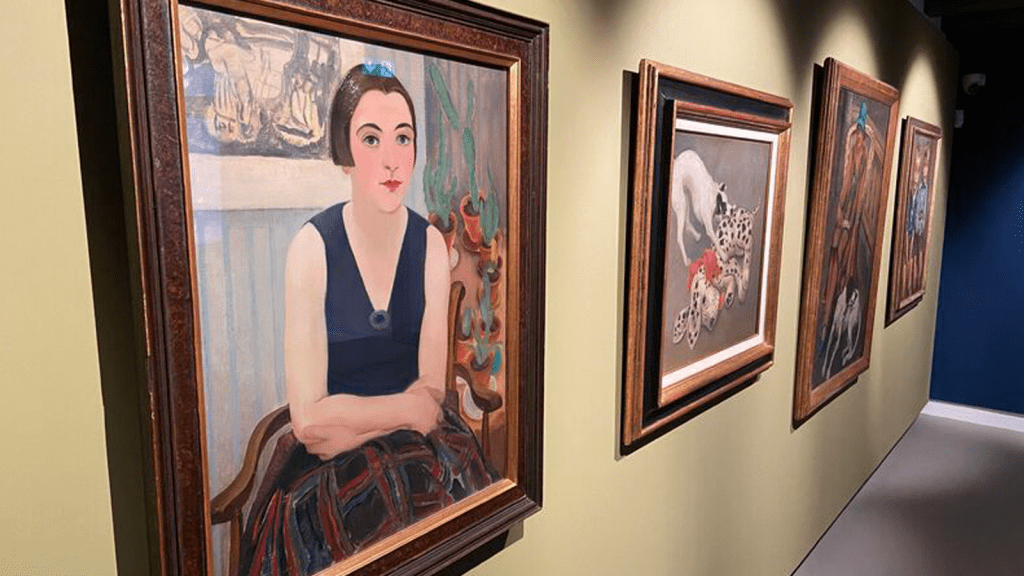 What are you looking forward to?

“To the fantastic exhibitions that are coming up such as 'Southern Sea Views by Anthonie Pieter Schotel'. An exhibition spread over 7 museums around the Zuiderzee. Compliments to Kees Hendriks from the Zuiderzeemuseum† He has been sticking his neck out for the smaller museums for years and has proven that cooperation between museums can indeed be successful. We also reap the benefits of that. It would be great if many people would come to Harderwijk by boat in the summer to see the Zuiderzee views.”

“And in the fall comes Jitske Schols exhibit” says Sophie. “Forgotten women's stories that she wants to bring to the fore. Jitske is an established photographer but still relatively unknown as a painter. We find that interesting, because we believe that with her paintings she is at the beginning of something that can become very big. And that we then get the confidence from her to exhibit her paintings with us. This also applies to a certain extent for Harmen Meurs, an artist who has fallen into oblivion. We now notice that we are a stepping stone towards more recognition for his work. We are proud of it.

This is how we want to continue to develop. With exhibitions that we feel completely good about, and to which we want to commit ourselves completely. They fit in with the museum, but also with who we are ourselves.

And after a tour of the wonderfully renovated, interactive museum, I say goodbye to an inspired duo. Which connects the museum with people in particular and the environment as a whole. Decisive and original. Mobile and free.

Don't miss a thing! Receive an update every quarter with our cases and events.